← more from
Concentric Circles
Get fresh music recommendations delivered to your inbox every Friday.
We've updated our Terms of Use. You can review the changes here. 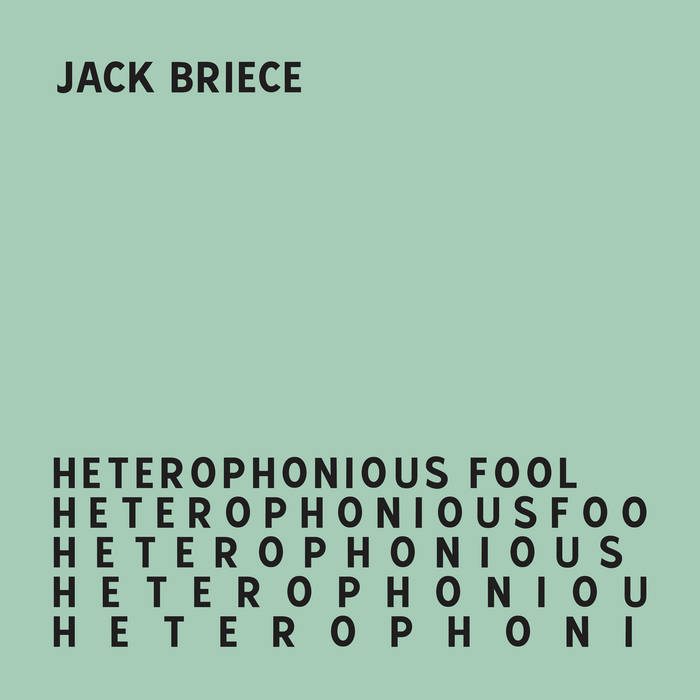 Jack Briece’s name has been, up until this point, barely a footnote in the story of 20th century avant garde and experimental music. Briece, not being one for self promotion, was more content to work on his music in private. His only release, 1984’s “Heterophonious Fool,” was self-produced in an edition of 50 cassettes and was never publicly distributed.

Owing to a deep obsession with all things relating to astronomy and the esoteric, Briece composed “Heterophonious Fool” as a suite in five parts, it’s meter and melody determined by his readings the I Ching. Despite these somewhat lofty inspirations, Briece instilled these pieces with a sense of playfulness, composing the suite for four tracks of the same cheap Casio keyboard, with phased rhythm tracks and catchy, looping minimal melodies floating around the stereo field. One easily gets the sense of a joyfully creative mind at work.

Briece sadly died of AIDS related complications in 1988, leaving behind very little evidence of his time as a composer. A somewhat nomadic artist during his life, he was the definition of a “free spirit,” so much so that he avoided treatment for his illness, deciding instead to allow it to run its course.

Bandcamp Daily  your guide to the world of Bandcamp

Trevor de Brauw of RLYR and Pelican stops by for a chat, plus a tribute to the late Trevor Strnad